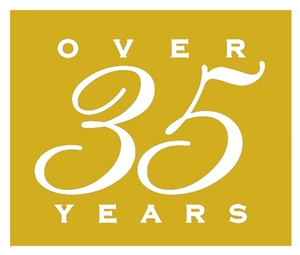 A dynamic image–one of nine–each representing a branch of the U.S. armed forces McFarland created from a vision one early morning. “I wanted a dynamic image that visually represented the dramatic boldness the U.S. armed forces displays in the world today–something that couldn’t be ignored. This graphic approach allowed me to convey a particular personality with each of the branches of the U.S. armed services. The red, white and blue image here is the U.S. armesd forces together.This series has always been one of my favorite I created. The glossy finish adds to the boldness–very cool,” says Michael. Order it today! 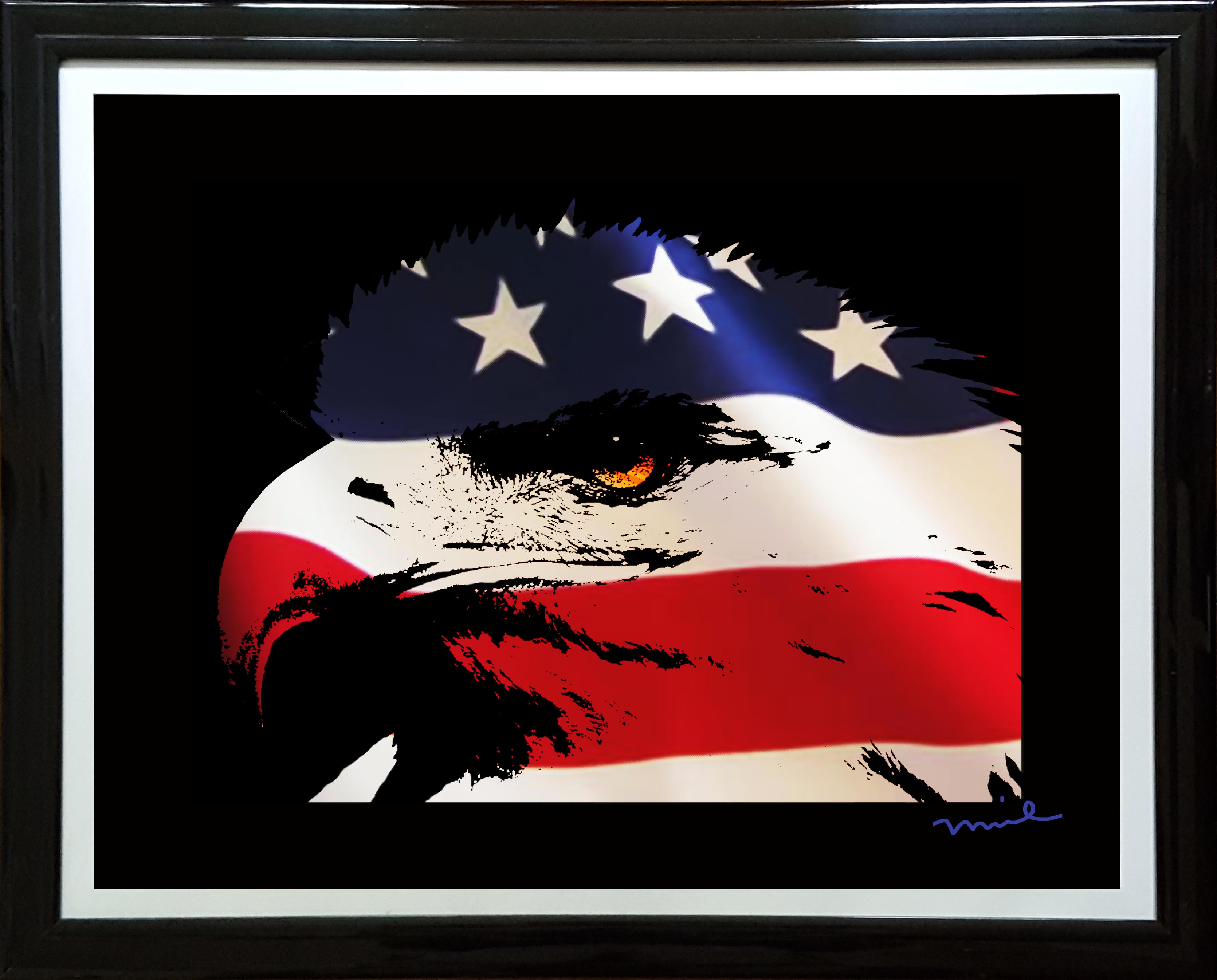 No one more ‘cool’ than a veteran.

“Over the years I’ve enjoyed creating images that support veterans. Few subjects are more enjoyable. Veterans help in peace as well as in war. Serving fellow veterans and their families by seeking donations in public areas serves us as a reminder of the need to give not only to veterans and their families but to all others as well,” states Michael.

Veterans and their families are indeed the finest among us. We hope you enjoy the images on this page. 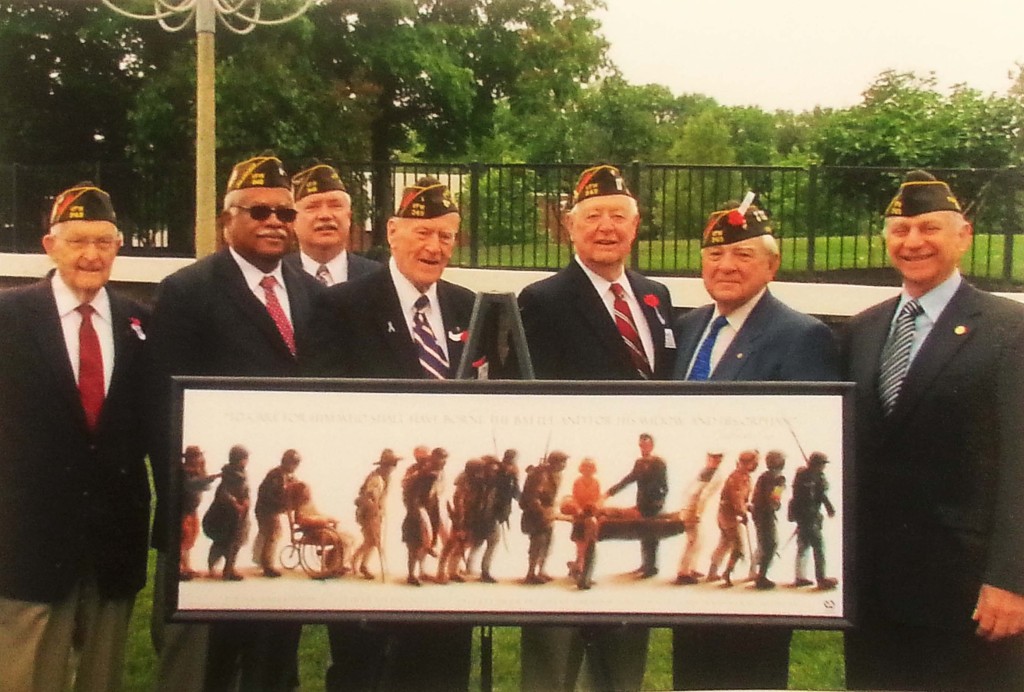 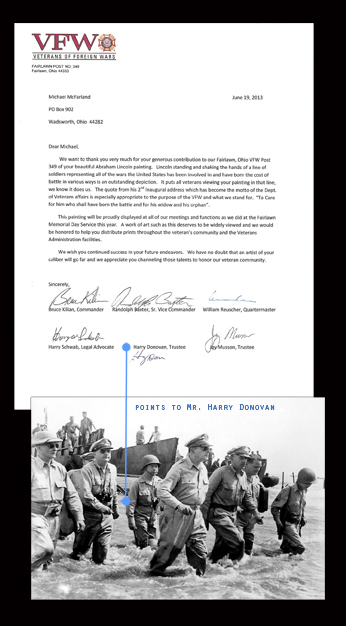 An Evening with the Generals

During the event, Michael’s painting entitled Eternal Gratitude was on display and noted by the master of ceremony Bruce Killian, Post Commander. Standing next to Michael is Dan Hahn, Major General, USA. At the right of the image is Hon. Frank LaRose, Jr. Vice Commander VFW Post 349 and Ohio State Senator. 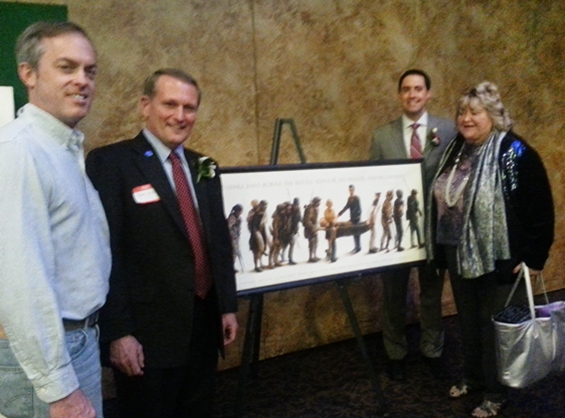 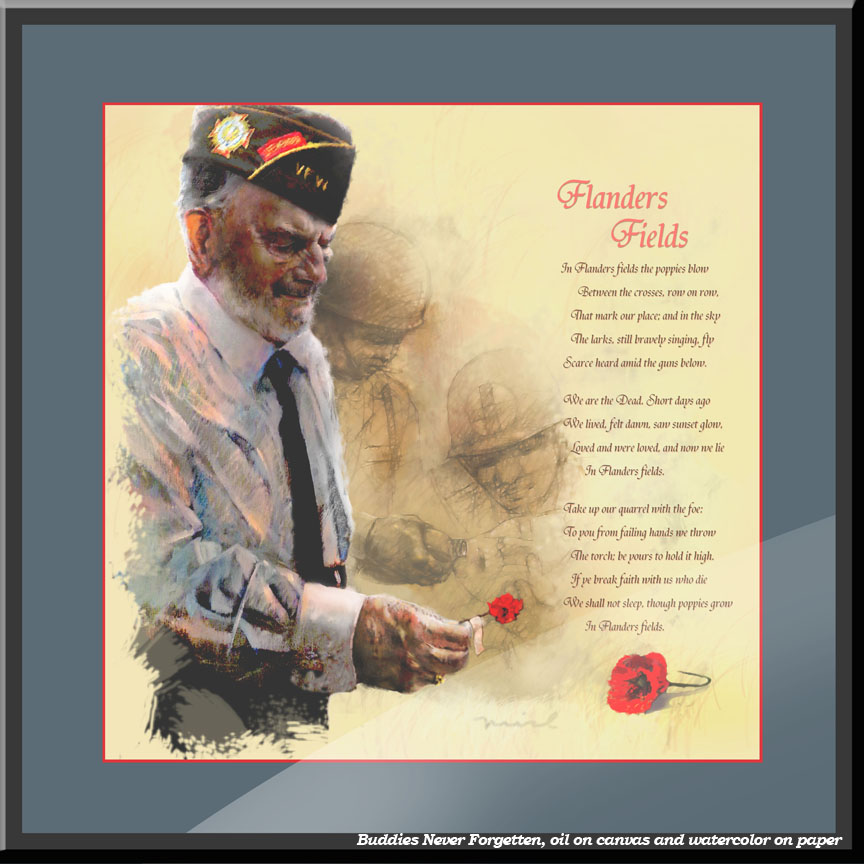 A work of art such as this deserves to be widely viewed and we would be honored to help you distribute prints throughout the veteran’s community and the Veterans Administration facilities.- VFW Post 349, Fairlawn, OH members 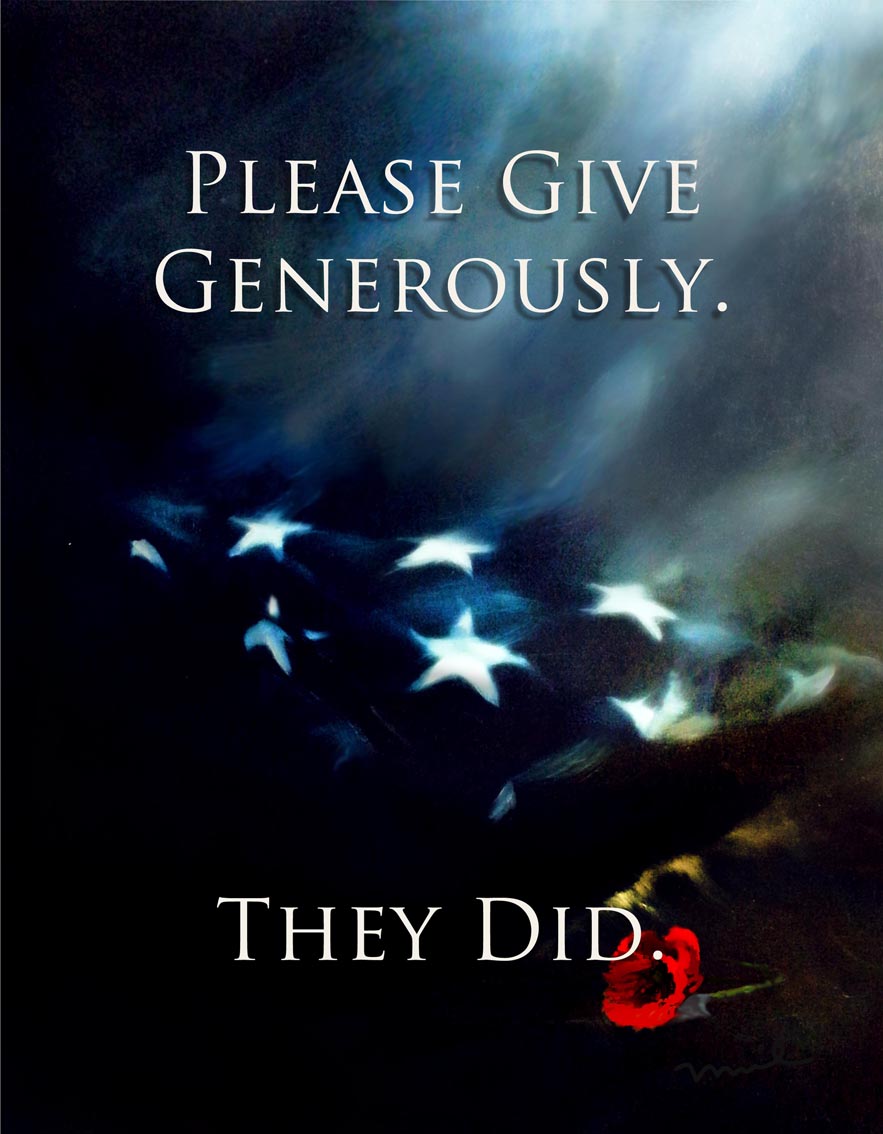 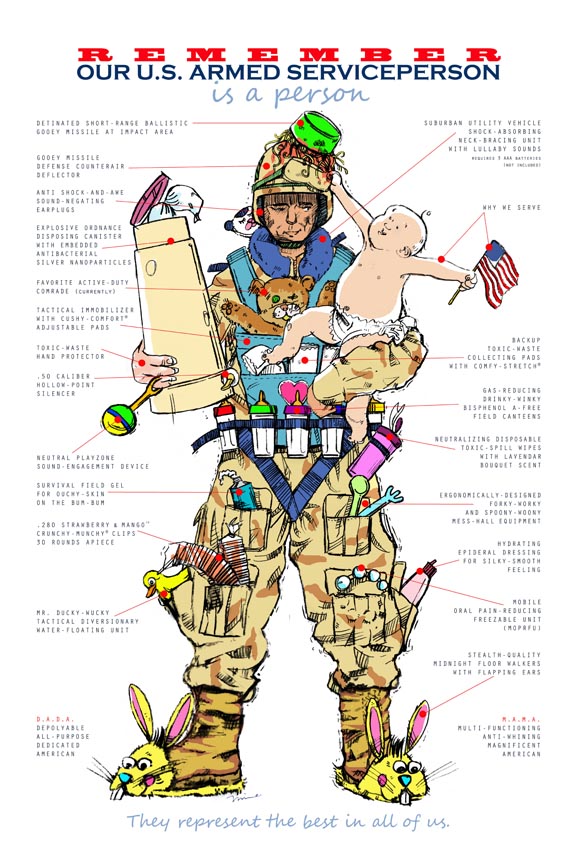 Remember the Person, pencil and watercolor. 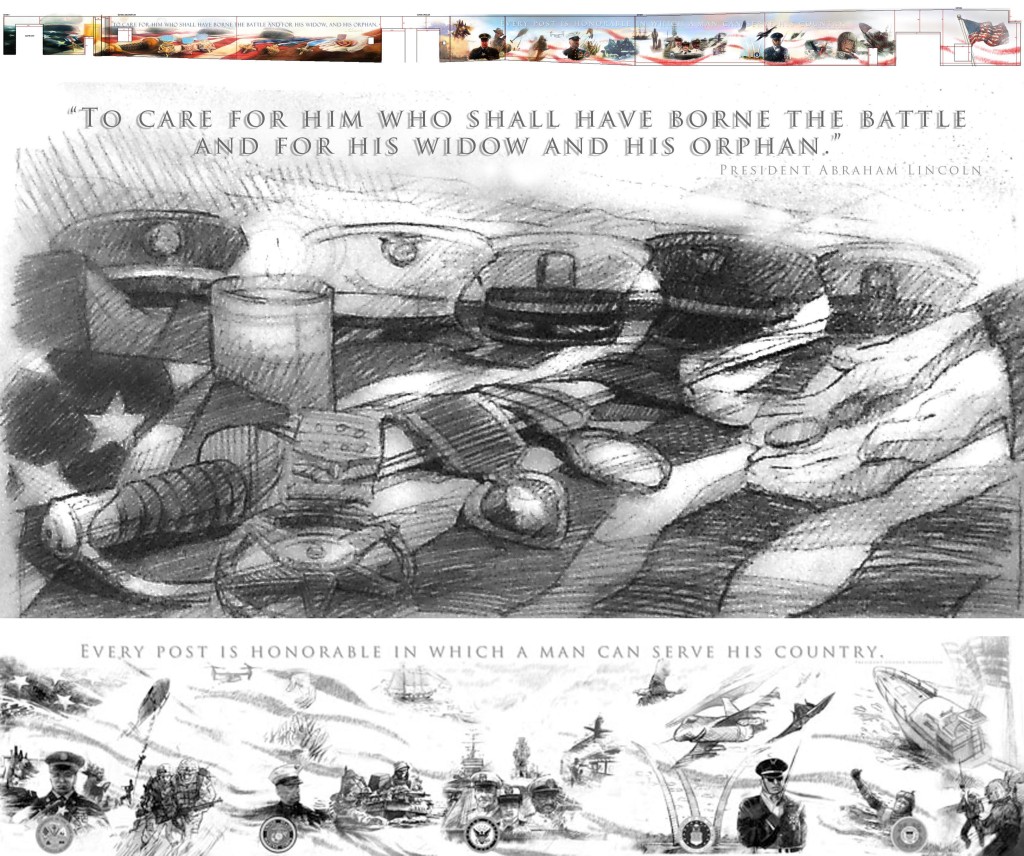 Michael recently worked on a 100 foot (30+ Meter) mural for the Pittsburgh, PA VA Medical Center. There wish was to represent all five armed services and particular medals in a well-travelled hallway within their facility.Working with pencil and paper, sketches were created by Michael and presented to the client. Upon approval, each image was separately painted, scanned and altered as necessary on the computer using Adobe Photoshop. Once all images were created and digitized, they could be used in any configuration. Michael early-on realized this method would be best in that changes desired would be much simpler within a computer layout rather than repainting a composition. Also, if the client at some future date would like a different composition at a different size using the same imagery, this request would be easy to fulfill. 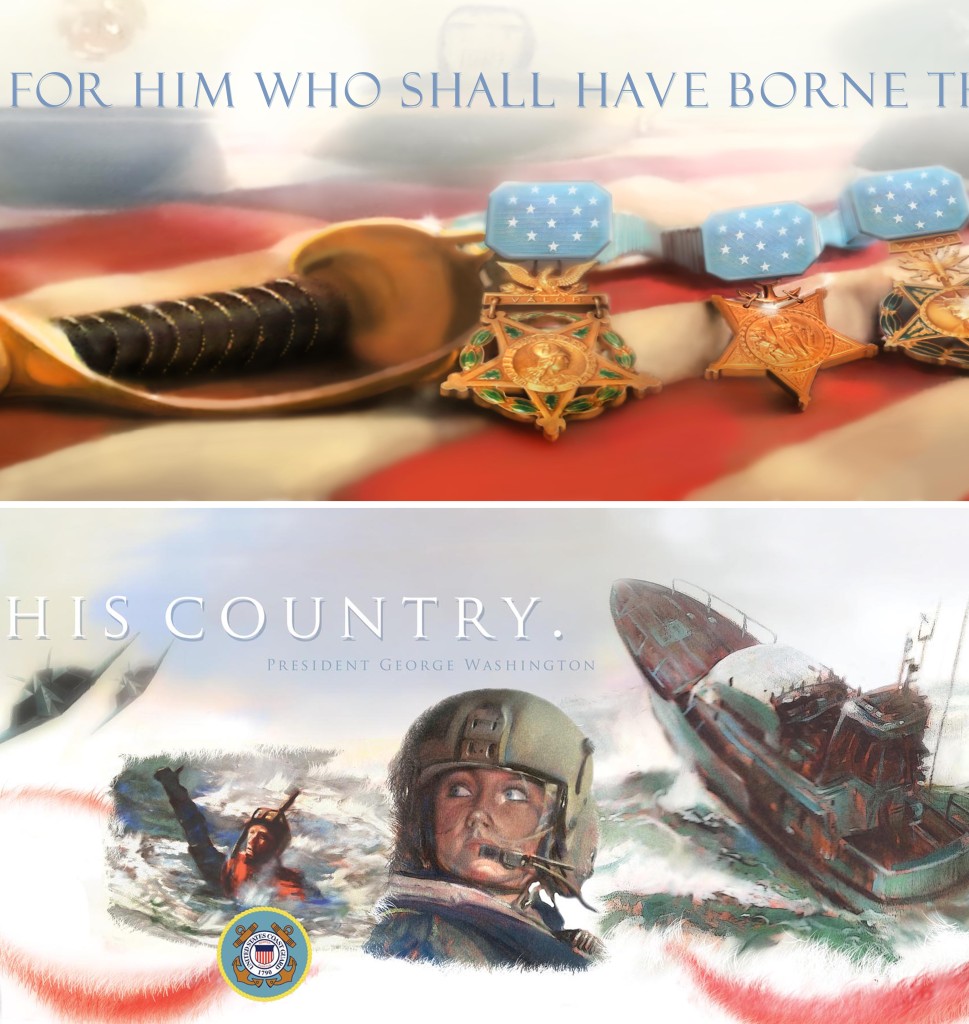 The digital image was divided in two–a 15.5 gigabite right side and a 13 gigabite left side were received by a Pittsburgh printing company that specializes in print-on-vinyl imagery. One common use of this print technique can be seen today on city buses with advertising on the outside of the vehicle.

Installation was successfully accomplished on the desired wall at the Pittsburgh, PA VA Medical Center by mid-September, 2015. 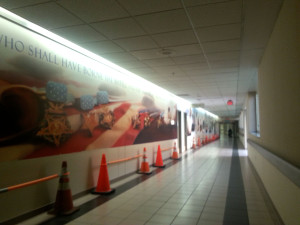 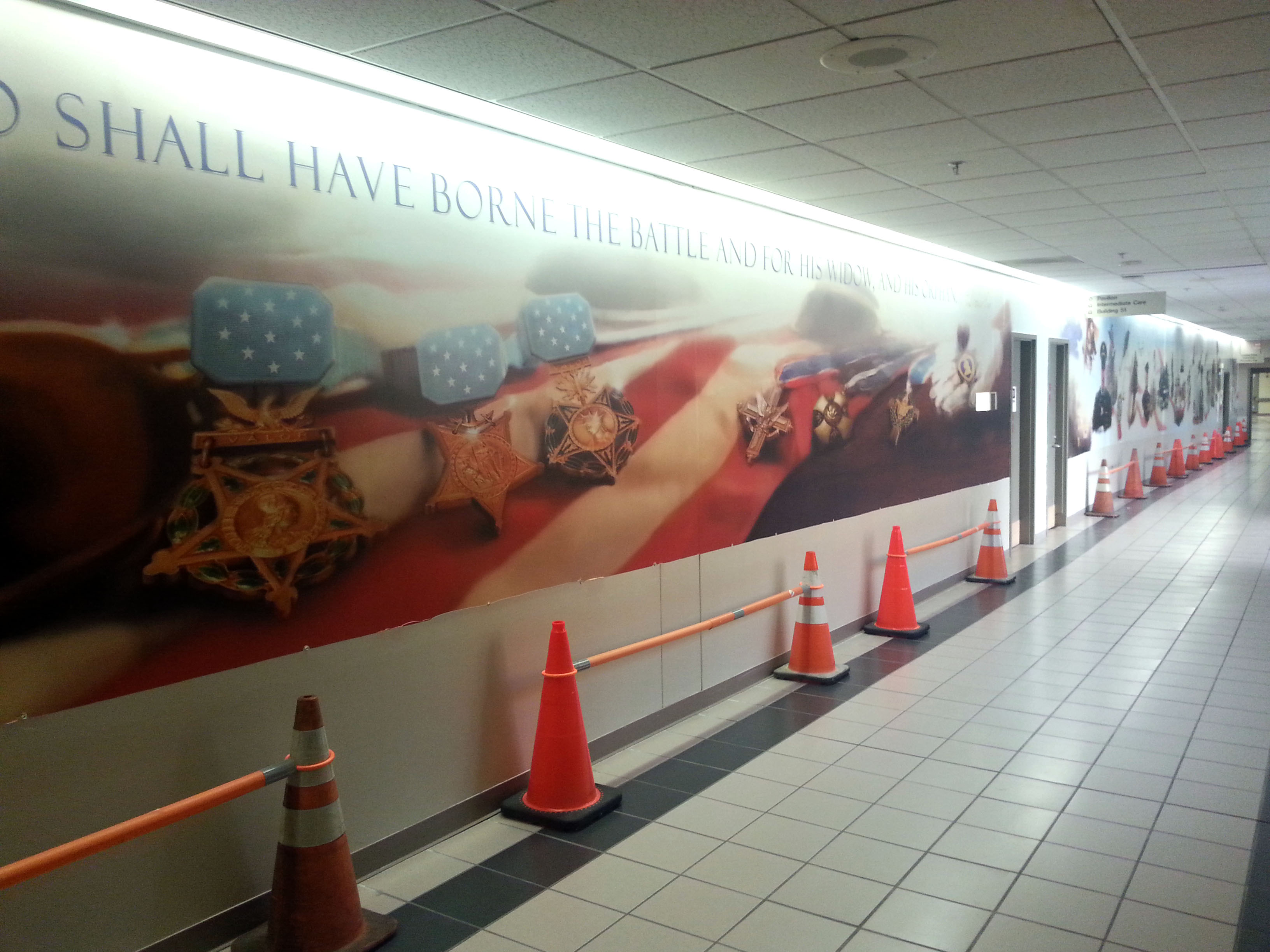 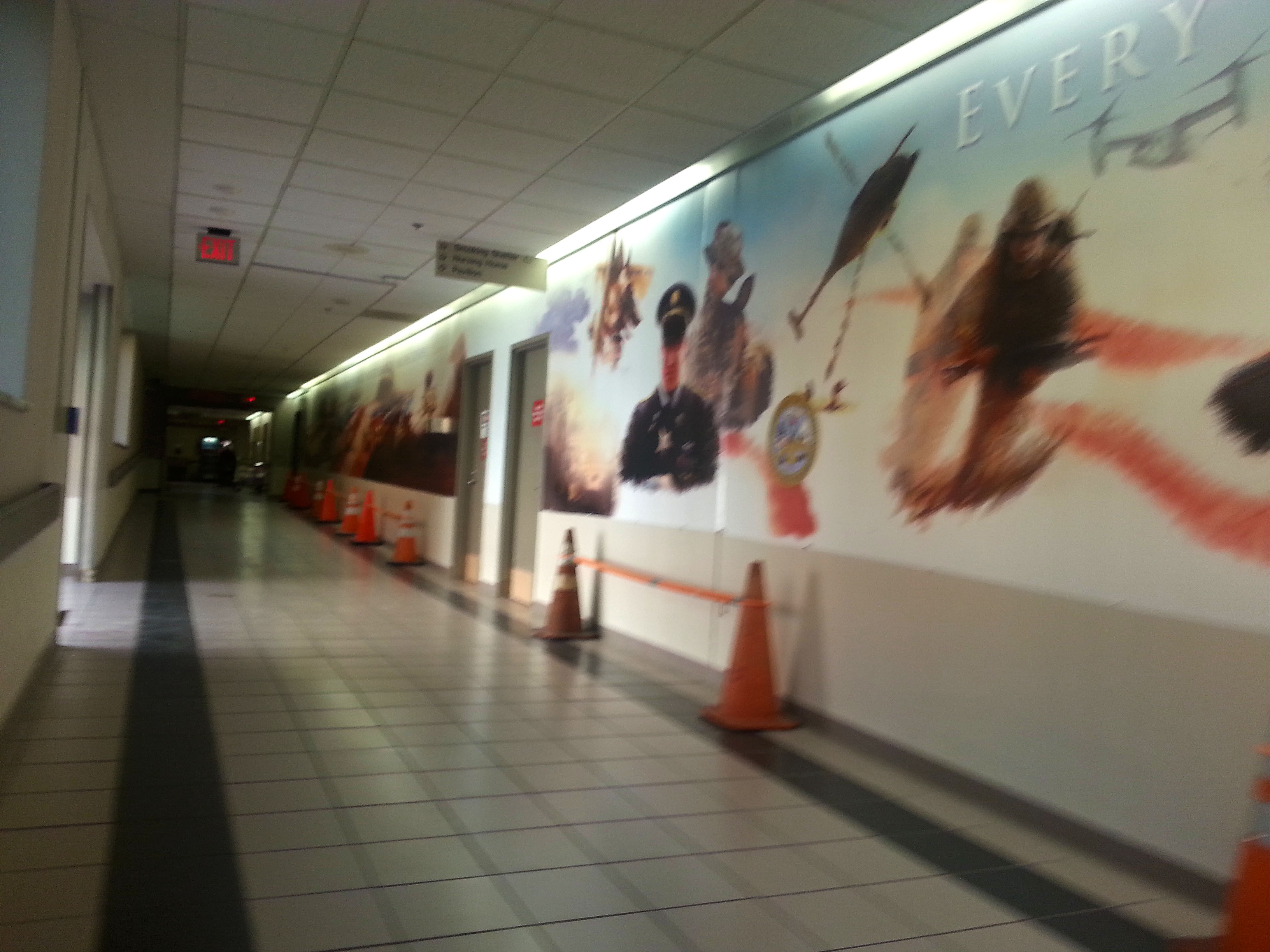 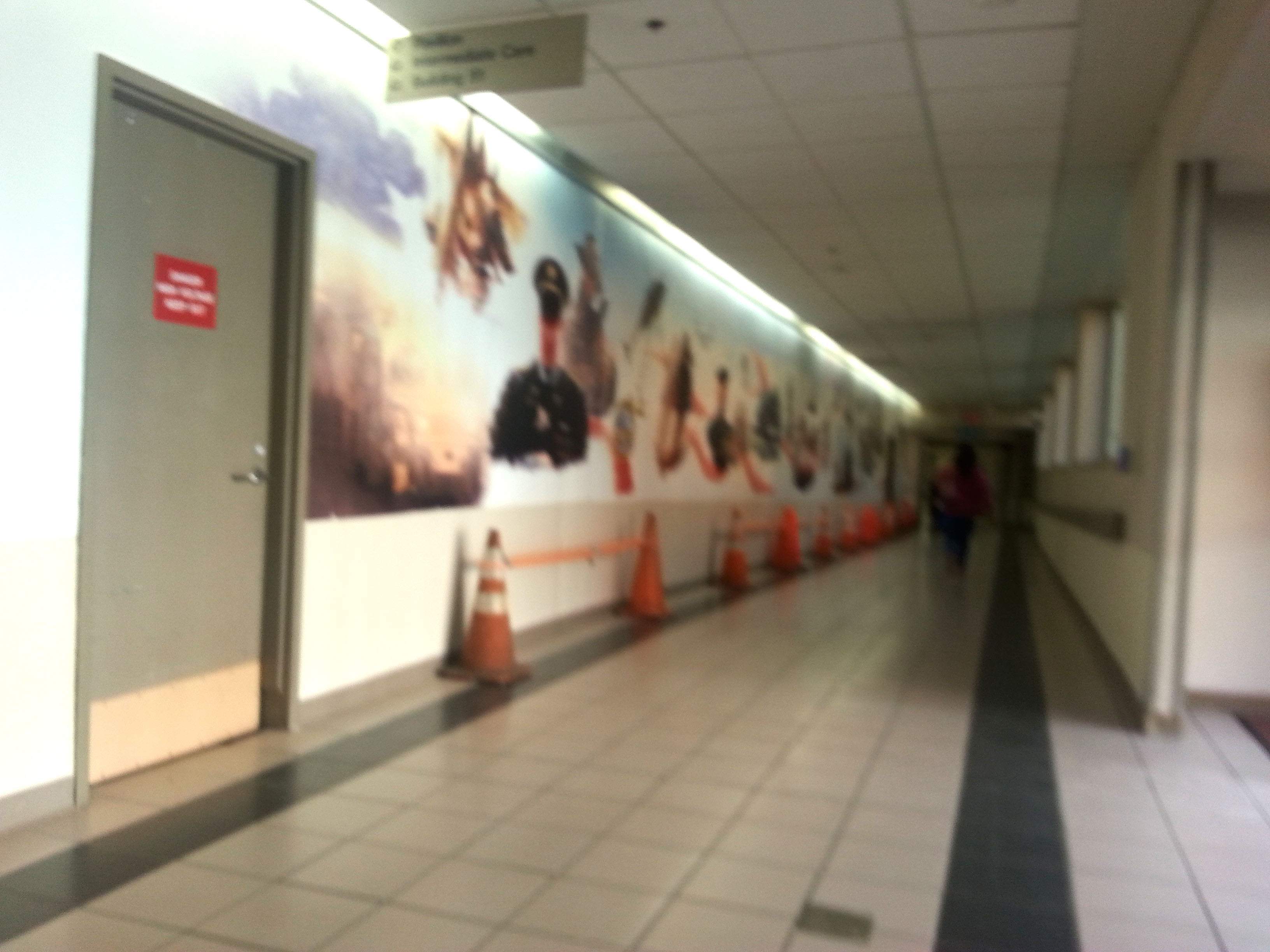 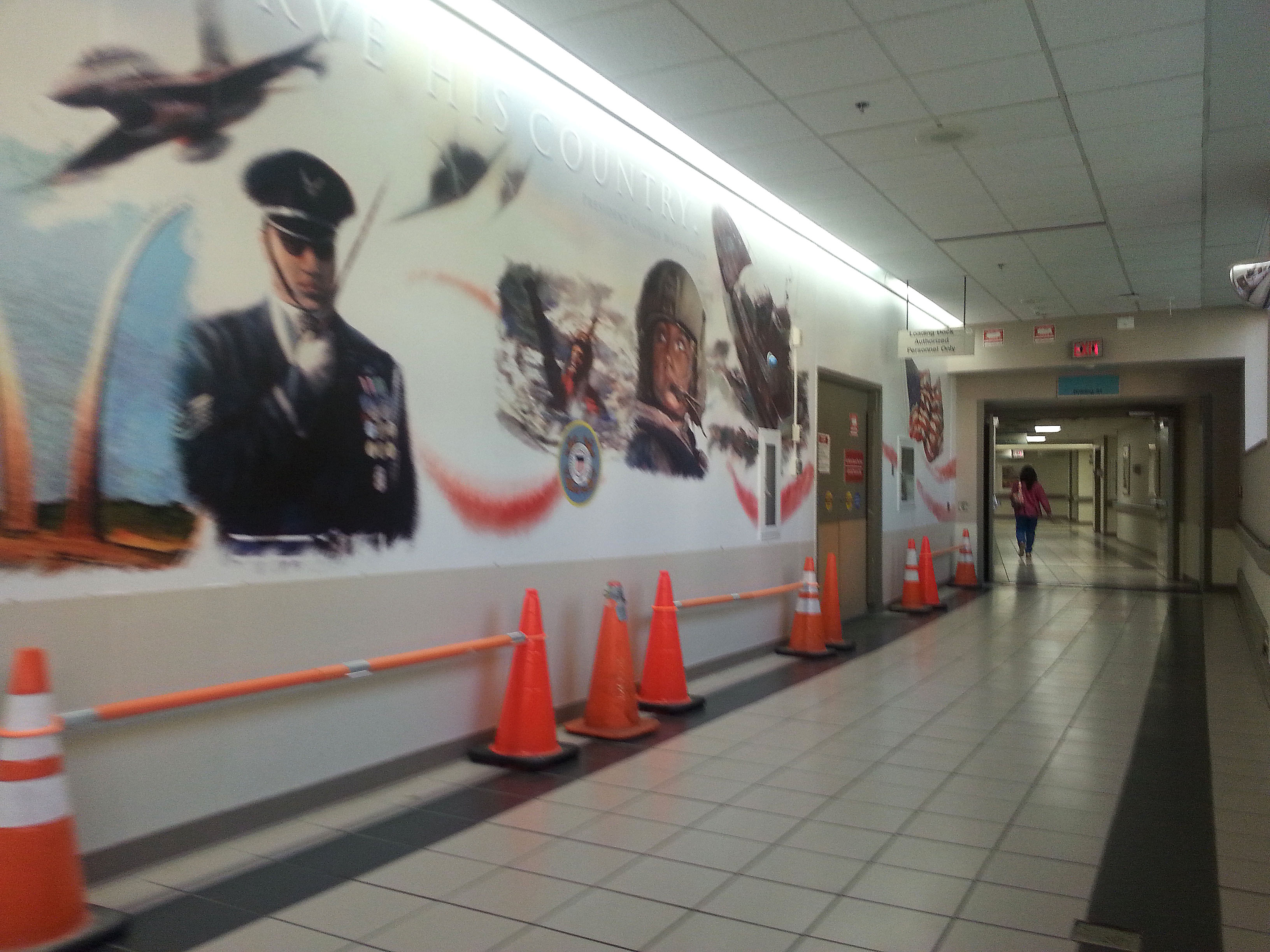 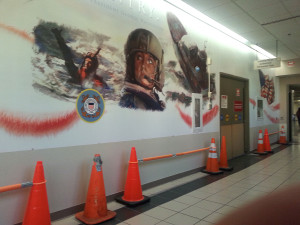 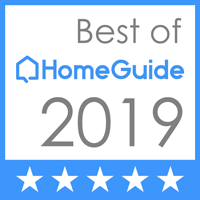